In the early 1970s, a group of college students and community members started meeting for regular Bible study and teaching. They met on Pullman’s College Hill in the living room of David & Marian Nordquist who offered hospitality and care to the students of WSU.

Dr. Karl & Sherri Barden – along with several other families and community members – began attending, and talk of founding a new church began. The original Bible study moved for a time to WSU’s Koinonia House, and then later to the Barden’s home on Sunnyside Hill.

It was during this time that a fresh hunger for the Spirit of God and a desire to live Biblical Christianity began to sweep the group. The church was officially incorporated as Living Faith Fellowship in 1971.

The young church met in the Barden’s living room for many years, and experienced fast growth, both natural and spiritual. The original versions of the Bible Foundations classes were written at this time, and the church matured greatly under teaching by a host of ministers from around the region.

By the late 1970s, the church had outgrown the living room, and the indoor pool was covered over to allow for 100 additional seats (the pool was still used for water baptisms). Living Faith Fellowship became known as a people passionate for the Spirit of God and who also desired to live Christianity in an authentic family atmosphere.

A prayer group begins meeting in the home of David and Marian Nordquist, later moving to the home of Dr. Karl and Sherri Barden.

The church and school move to Gladish Community Center 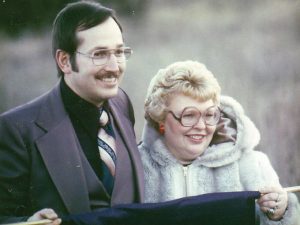 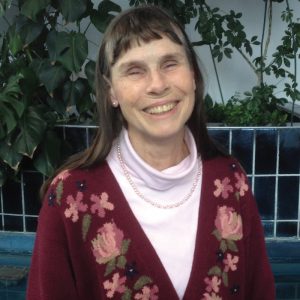 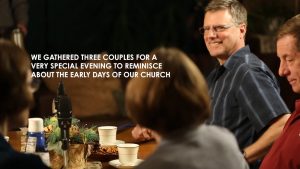 For Generations to Come